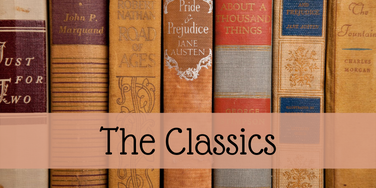 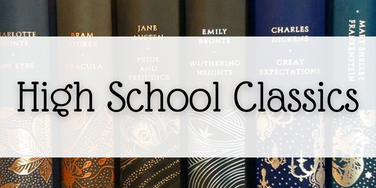 ...these are the books you were assigned to read but never got around to it. That's okay, you have time now!

...a book with a passionate fan base despite the lack of critical acclaim or mainstream interest

Goodreads Classics Reading List - A classic stands the test of time. The work is usually considered to be a representation of the period in which it was written; and the work merits lasting recognition. In other words, if the book was published in the recent past, the work is not a classic.

NoveList Plus Classics Reading List - Over 1,700 titles but may include more recent titles that are exceedingly popular even though they would not normally be considered a 'classic.'

The Greatest Books - This list is generated from 116 "best of" book lists from a variety of great sources. An algorithm is used to create a master list based on how many lists a particular book appears on.

Princeton Classics Graduate Level Reading List - texts in the list are representative of the works that constitute Classics as a field of literary study.

100 Classics to Read in a Lifetime - An ultimate reading challenge: 100 classics you should read in your lifetime. From 19th century British literature to modern classics, this list has it all. Publishers’ descriptions included.